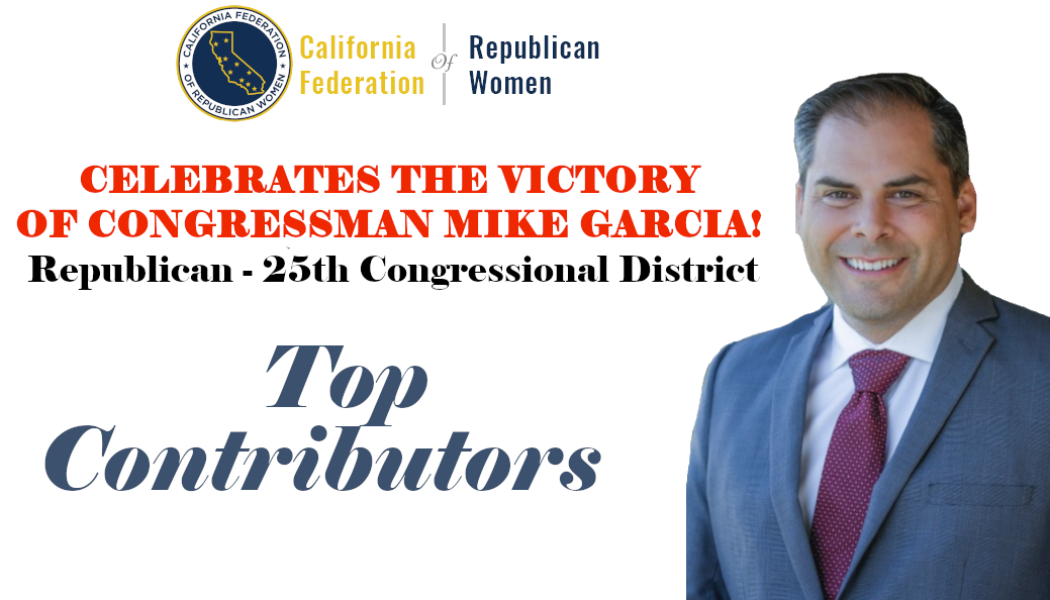 CFRW members made 38,032 phone calls and sent 22, 280 texts for Garcia’s campaign for a combined total of 60,312.  NFRW members made another 19,000 phone calls, bringing the total effort to approximately 80,000 and WOW!  We are so proud of our active members for putting so much energy into winning a major victory for the California GOP. 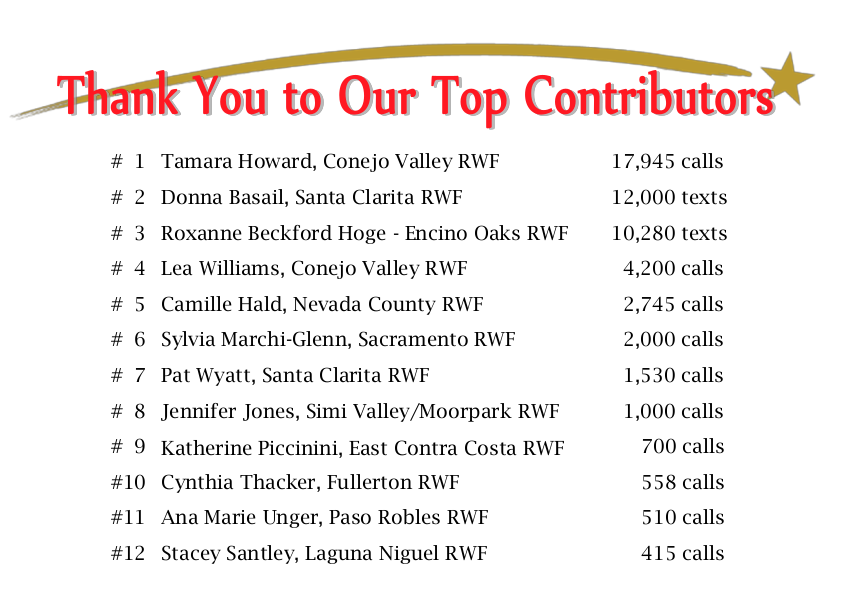