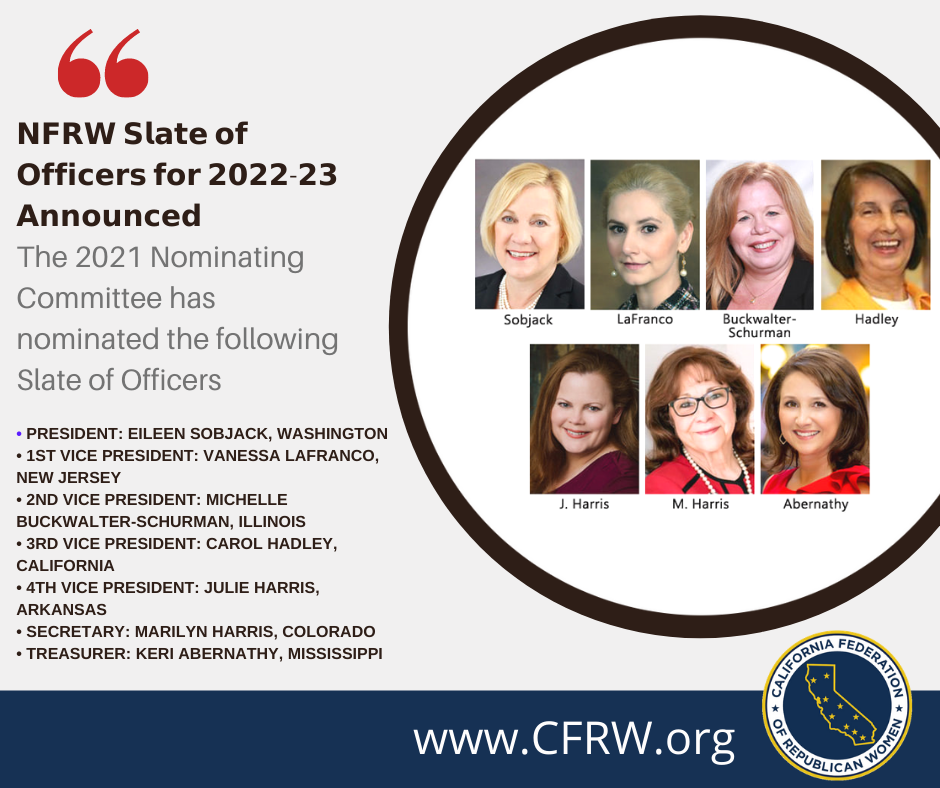 The 2021 Nominating Committee has nominated the following Slate of Officers to serve the National Federation of Republican Women for the 2022-23 term:

The California Federation of Republican Women congratulates all of the nominees, but we are especially proud of Carol Hadley, a long time member from California.  Way to go, Carol!